Steve Thomas and the Coconspirators 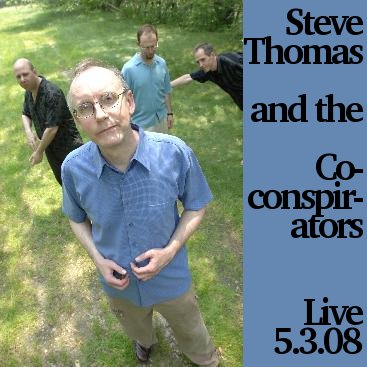 audio
Steve Thomas and the Coconspirators

by
Steve Thomas and the Coconspirators

This album is a recording of a live performance for JazzBoston Jazz Week and the Somerville Open Studios third annual Music Fest on May 3, 2008. It was produced by Randy Winchester for ARTSomerville. ARTSomerville (ARTS) is a volunteer arts organization based in Somerville, Massachusetts, USA, which draws upon the talents of local creativity, strengthening communication among artists and the public by presenting exhibits, performances, and educational activities. Albums appearing under the ARTSomerville logo are from artists that have given performances at ARTSomerville sponsored events. Visit http://www.artsomerville.org to learn more.